Best way to Play MTS with QuickTime on Mac

QuickTime is the primary media player for Mac OS computers which is made by Apple to do all kinds of multimedia purposes. Normally, it can support the format MOV, MPEG-4, MPEG-2, MPEG-1, 3GPP, 3GPP2, and DV. QuickTime Player in OS X Mountain Lion or later allows users to play back, inspect, trim, export, and share video from AVCHD media. Below is how to play MTS files with QuickTime (masOS High Sierra included)

Step One: Connect your camcorder or camera to your Mac via a USB cable. Some devices, such as digital cameras, have removable memory cards that can be read using a USB card reader or the SD card slot included with some Macs.

Step Two: After transferring the AVCHD media to your Mac, open the folder that contains the media. Then double-click the file name AVCHD, BDMV, or PRIVATE to open it in QuickTime Player.

Although Apple claimed that QuickTime could support AVCHD .mts files, a lot of users still encountered issues while playing MTS on Mac.

"I have a HDR-CX160E camera and I'm trying to use videos in QuickTime. But QT refused to open it. Is there some way to change the codec? Do I need a convertion program?"

In fact, instead of a conversion software, what you actually need is a professional MTS Player for Mac. Here Brorsoft 8K Player for Mac (Windows version) is highly recommended.

It is a powerful MTS player that not only can play all MTS files without blemish, but also can afford various common videos on Windows/Mac like H.265/264, MOV, MKV, AVI, FLV, WMV, MP4, M4V, ASF, VOB with Dolby Digital and DTS 5.1/7.1 channel audio. Moreover, it is able to help users to open DVD/Blu-ray/ISO movies without region limitation. Now, download the software and learn how to play MTS videos on Mac with best MTS player.

After that, you are offered several ways to watch MTS videos such as drag&drop MTS files, make use of "Video" option in the main window, right click certain MTS file and choose "open with" 8KPlayer. And then, you can view MTS files on your computer immediately without any issue. 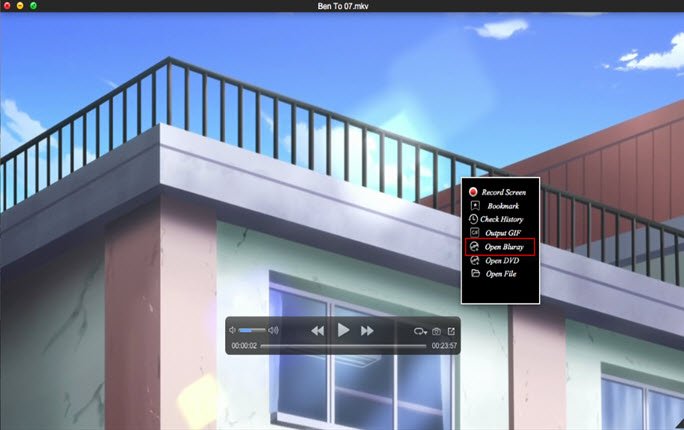 --Make animated GIF file during playback for sharing to have more fun.

--Take snapshot of the shining moment of your movies.

--Record videos on the screen.

--Add a bookmark of the video for watching later or return to recent viewed point as you like.