Homido V2 VR goggles are your ticket to the rapidly expanding world of virtual reality content - 3D movies, VR gaming, drone racing, and much more. And because this cool virtual reality headset is compatible with just about every VR-ready smartphone on the market, you can jump headfirst into a three-dimensional viewing experience that's unlike any other. You may have a painful time to watch the 3D ISO files on Homido V2 VR headset due to codec incompatible issues like below:

Q: "Hello, everyone. I have created some 3D ISO image files from my Blu-ray discs, I'd like watch them on VR headset with immersive experience. But my Homido VR player seems not recognize them correctly. Any suggestions?"

Though Homido V2 headset and Homido VR player support 3D videos playback but limited to 3D Side-by-side mp4, mkv, etc formats. While the 3D ISO image files are generally referred to as "disk image" format because it's basically "cloning" the structure and content from a DVD or Blu-ray optical disc. The best solution to watch 3D ISO on Homido V2 VR is to transcode and convert 3D ISO to 3D SBS MP4/MKV formats via a third party video converter.

To save your time, we strongly recommend you try Brorsoft Video Converter Ultimate (Windows /Mac), which can not only convert 3D ISO to 3D SBS MP4, MKV videos for Homido V2 VR, but also can rip 2D/3D Blu-ray, 3D DVD, videos, ISO/IFO files to 3D side-by-side/top-and-bottom/Anaglyph, MKV, MP4, MOV, AVI, WMV formats for viewing on Gear VR, Oculus Rift DK2, and more. Thanks to the built-in editor, you can edit your 3D videos in clicks. 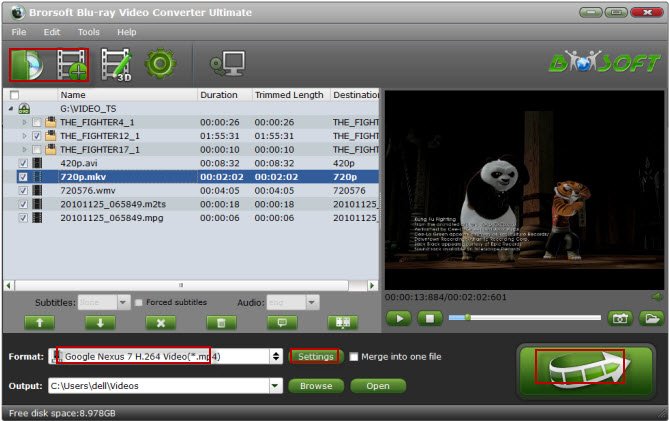 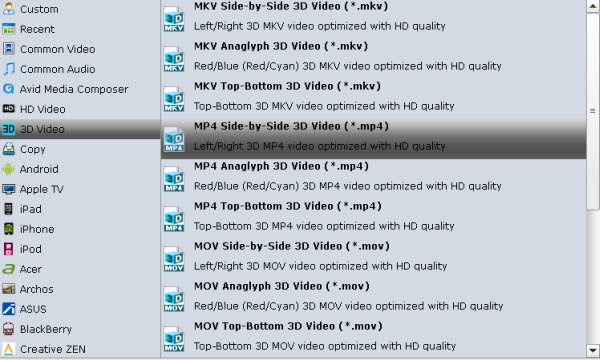 Tip: If you like, you can click "Settings" to adjust your target video size, bitrate, frame rate and 3D depth. To get best video quality, you'd better switch them to "original".

After the conversion, you can click "Open" to locate the output videos. Then  transfer them to Homido compatible iOS/Android smartphone and play the converted 3D ISO files on Homido V2 VR headsets smoothly.