iPad as one of the hottest tablet around the world always brings us a lot of fun like movie watching. However, its standard video player has several disadvantages: it plays limited video formats; it supports only hard subtitles; it doesn't support multiple audio tracks. To enhance your video playback on iPad(including iPad mini 2, iPad mini 3, iPad Mini 4, iPad Air, iPad Air 2, iPad 4...), what you need is a video player which is the best for your iPad. Here we'd like to introduce the top 5 free video player for iPads. You can have a try.

Actually, definition of best changes from user to user. Some user wants a player without ads some want advanced features like ability to play multiple audio tracks and subtitle integration. Popular video players for iPad are paid but there are some free apps which provide you all the features. So without wasting time, let's take look at 5 best video player apps for iPad and their features.

It is one of the best media player for your iPad, iPhone or iPod. It boost your iPad's media abilities. You can also use this media player to stream audio and video over the internet. Oplayer supports all the video formats( except AC3 audio format) so there is no need to convert your videos into particular format to watch them on iPad.

It is the best video player for iPad. This app gives almost all the features which you want in a good media player. Supports all the video formats. RockPlayer2 is available for free as an ad-supported universal app for the iPhone and iPad.

Cons:
Audio doesn't work under lock screen or in the background;
Choppy playback for 1080p videos

VLC Player was hugely popular in its tenure in the App Store. Unfortunately, it was pulled from there due to copyright issues, and is now only available in the Cydia store. So if you have jailbroken your iOS device, this is a good news certainly.

The VLC Media Player is rather basic, but supports a wide variety of video types and it is even smart enough to warn you in case your device isn't capable of playing a file smoothly. The biggest downside is that you will have to transfer your video files to your iPhone or iPad using SSH.

If you don't plan to store your video library on your iPad, you should definitely take a look at AirPlayit. It's one of the best and most effortless ways to stream videos from your desktop computer to your iPhone or iPad. Just download and install a small server application on your desktop computer, select the folders you wish to share over your network, and you're good to go.

An application created by Khoa Tran Anh for iPad, iPhone and iPod Touch users. HD player promised to be interesting but test results left much to be desired. It provides pretty good playback quality but can play free only native iPad formats, AVI, and MPG. If you want to watch MKV, FLV, WMV movies be ready to pay $1.99.

A much more versatile player for iPads

Looking through the reviews of above 5 video players for iPad, you should have already made up your mind what player to choose. Well, something to note, as you see, these free video player apps for iPad always exist some limits anyhow like choppy playback, limited format support, complex interface... An ultimate solution that will fully solve these issues is to convert all the incompatible videos to iPad natively supported MP4/MOV/M4V format. Brorsoft iMedia Converter for Mac is highly recommended here to help you finish the task

How to Convert and Play HD Video on iPad 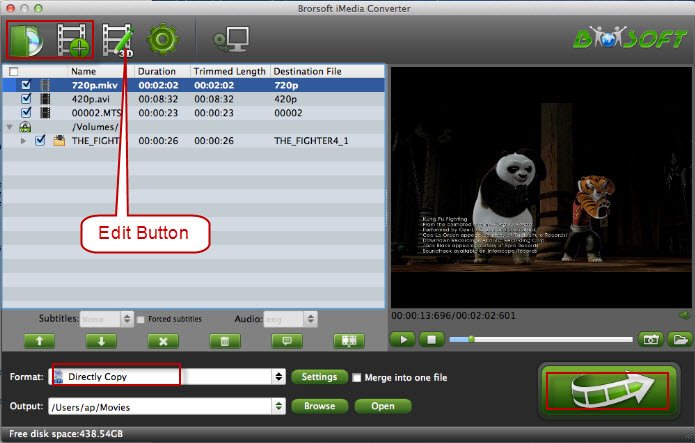 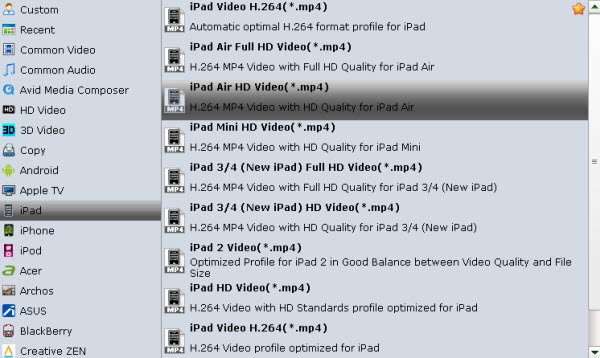 3. Simply click the big Convert button to start converting videos for iPad. After the conversion, you can enjoy different videos on your iPad smoothly with the best quality. Don't worry about any incompatible issues.